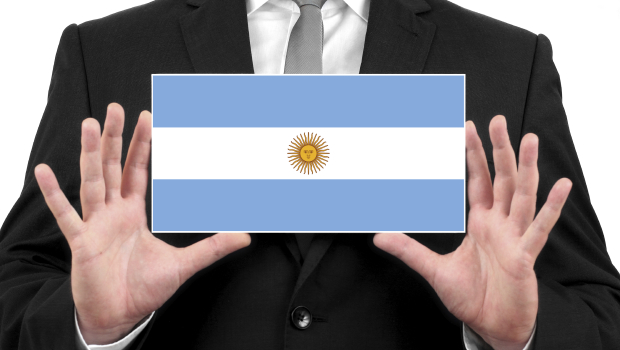 Finance, Falklands And The Future

With the left-leaning de Kirchner administration swept away in the recent Argentine presidential elections (to be replaced by Mauricio Macri on 10th December), there were a number of developments and topics spoken about that were useful to both a local Latin American audience and an international perspective too for those seeking to access this potentially lucrative marketplace:

These have historically been at  35%, which has clearly slowed trade significantly. The new administration under Macri will abolish these within 2 weeks in order to stimulate foreign trade next year.

Currently numerous regional dialects and even currencies exist (US$ is used because of this). Macri will make laws around both a common language and common currency to ensure uniformity, helping to restore economic and cultural confidence.

As the second largest economy and country in South America, it was clear that Argentina knows the importance of its relationships with regional leader Brazil. Historically it has always been competitive between the two but the talk was of a “cessation of ‘rivalry’ (hostilities) with Brazil and the building of a closer working partnership. The view of South America as areas of common interest, as per the EU model, and regardless of historical differences was one that was spoken of frequently.

But in relation to the EU, and regardless of the faltering €uro or impending possible “Brexit”, speakers, including Diego Guelar, spoke of the importance of a free trade agreement with the EU and singled out the UK in particular for supporting this proposal.

At the other end of the spectrum there was also much talk of cancelling the trade agreement with Iran which is seen as internationally damaging in terms of international trade, especially when trying to normailse relations with major global powers such as…

Where it is important to increase import / export activity. Similarly, but at a much more developmental stage are relations with…

The focus of discussion around the Asian powerhouse was how to become an effective trading partner, with a focus on infrastructure investment, such as has been achieved in UK

As can sometimes be at these events, the Falklands was the elephant in the room. However, word from the new government sources is to put to bed once and for all the Falkland Issue. It is seen as more damaging to the overall aim and potential bigger picture of trade and access to Europe.

The approach for the future is to adopt much more a policy of if goods are needed then allow imports, especially to expand industries such as Motor, Pharma, Infra and Energy.

Although the feeling at the event was very positive for the future, there are still some significant challenges for the Argentine economy that need to be tackled. Inflation has been running at 25%, is forecast at 35% next year and won’t be down until single figures until 2019. Because of this and other issues, Argentina doesn’t have access to international markets right now and fiscal tightening by the (current) government means there may be a recession in 2016…but it’s generally agreed the tightening is required……sound familiar?

It will be an interesting one to watch and I look forward to hearing the progress of the new government from our Latin American team in the new year.

Mike Daniell Mike is a recruitment specialist with over 10 years’ experience in predominantly Interim Management, complimented with exposure to contingent and retained Executive Search assignments. He has worked with both large global enterprises and SMEs within a variety of industries, including Technology (Telcos, Software, Vendors and Systems Integrators), Financial Services (Retail Banking, Investment Banking and Insurance), Manufacturing and Oil and Gas / Minex.

Why CSR Is An International Part Of Business Today →

Tips For Growing Your Business Abroad →