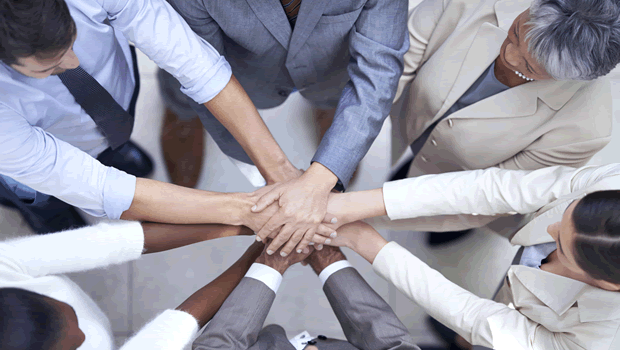 The Pros And Cons Of Interim Teams

A couple of months ago we created a presentation sharing the advantages of hiring a team of interims. This came about after we analysed last year’s interim survey results and discovered that 68% of respondents had worked as part of an interim team in the previous year.

Our interim team presentation was duly shared on this blog and on various channels within the interim community. What I was not expecting was the amount of feedback we’ve had, particularly on the LinkedIn group Interim Management IIM.

It has been extremely interesting reading through the comments on this thread and finding out what the wider interim community think of this business strategy. I thought it would be a useful exercise to explore the various different perspectives and issues that have arisen during this discussion; weighing up the pros and cons and giving business leaders a digest of the main points raised.

Key to an interim team’s success is their engagement for the right reasons. Project-based assignments that require access to skills and knowledge from a range of different experts suit the interim team well. Many of the correspondents on the LinkedIn thread cited being part of an interim team for business start ups, short-term projects, transformation and change programmes. These assignments lend themselves well to having a ‘hit squad’ of interims for a short space of time, especially if the project is results-focussed.

It was highlighted that a team of interims can deliver better value for money than recruiting a top tier management consultancy to perform the same role. This is especially true of projects where you need experts on the ground within the business day-in-day-out. We explored the Interim Manager versus Management Consultant dichotomy in a previous post, which you can read here.

Company Culture And The Interim Team

Just as utilising an interim for the right kind of work is essential for success, so is the organisation’s culture. It was noted that in some companies where there is resistance to change a “them and us” scenario could develop. Integrating the interim team into the client’s company so that employees work with and alongside them is best practice for most interim assignments. In the case of an interim team, the individual interims will often be working in different areas of the business (with the same objectives) and therefore do not present a “’Big 4′ type mob.”

Many respondents made the distinction between hiring several interims independently, perhaps over a period of time, and recruiting an interim team in one go. Certainly the latter approach is something we are increasingly being asked for; and a number of interims on the thread shared their experience of recruiting other interims to work in a specialist team. A good interim team brief will ensure that the client’s requirements are addressed, and that each member of the team delivers value for money.

However, some warn that team interim is a non-starter because of the typical personality types of successful interims. “I can’t imagine anything worse than a pack of ENTJ’s [extraversion, intuition, thinking, judgment personality types] all pushing and shoving and ‘asserting’, all at the same time.” says one correspondent.

Others are more optimistic pointing out that each team member has their own role to play, with a common objective, and therefore will complement each other’s areas of expertise. It should also be noted that as the use of interim teams becomes more common, it’s possible to recruit interims who have previously worked well together – a tried and tested interim team.

Get An Interim Team Leader

Of course, teams need leaders or at least a project manager. This is an issue several interims highlighted and in view of the potential clash of egos, one that needs to be addressed from the offset. In the example where an interim has been asked to recruit others to join the team, it generally falls to that interim to head up the team they create.

For project-based assignments the project manager, whether they are an interim or a member of the client’s management, would naturally fill this role. In our experience of recruiting interim teams as an Interim Service Provider the team leader is generally the one closest to the organisation with a unique and strong understanding of the client requirement. It is then their role to communicate this with other team members effectively, ensuring that their expertise are fully utilised and the brief is met.

Returning to the ‘them and us’ situation and a team of interims coming into an organisation putting programmes in place and then exiting without engaging with the business’ stakeholders. This is not a model I would endorse; instead that team should be fully embedded in the organisation for the duration of their assignment and this includes engaging with stakeholders.

Knowledge and intellectual property is another issue raised and here too I would expect the interim team to be embedding their expertise and up skilling the workforce as part of their engagement. A properly handled exit strategy will also ensure that IP remains with the organisation, not just in the heads of the interim team.

This is obviously a topic that interims have strong views on, but what about those organisations who have employed an interim team? We would be most interested to hear your experiences of engaging and managing interim teams, please share in the comments below.

Roderick McInnes Roderick is responsible for all aspects of the marketing and communications mix, ensuring Alium maintains its market position as the leading provider of interim and transformation talent in the UK and internationally.

Going Beyond the Daily Rate: Should Interims Be Further Incentivised? →

Can HR Survive In The New World Of Work? →